I'm sure many of you are surprised to see this topic!!!

Though most of the translations are legally done, that is, after obtaining the permission from the original copy right holders, many were done illegally. Those who do not want to get into legal hassles, do smart copying. That is, keep the original story line in-tact, but re-draw the whole art work. This is something similar to what T-Series recording company has done in the 80s/90s in the Hindi film music industry. If the print-run is small and non-profitable for the original copy right owner to take legal action, the copycats go scot-free.

I do not want to categorise this particular issue in to any of the above, I'll let you draw your own conclusions!!!

Let's move on. The issue under discussion is the fifth book in the Parvathi Chithira Kathaigal series, titled "Ankathan Kottai Athisayam", published in Apr 94 and "The Black Island" featuring Tintin. Take a look at the cover below: 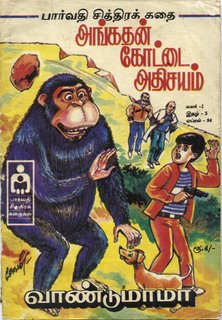 This story featues Balae Baalu, a character created by Vaandumaama, a well known children story writer. I guess he created many more stories based on Balae Baalu. But I'm not sure whether the other stories featuring the same character were also based on Tintin stories. See the introduction for this story below: 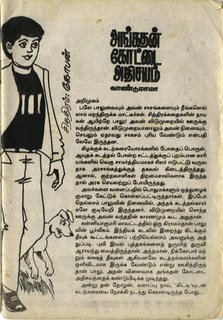 Some minor changes were made in the story. For example, in the opening pages, Tintin was shot by someone from a stary aircraft. In the Tamil version, Baalu was shot by someone from a stray boat. Well, you can't expect a plane flying in the east coast of India right? It would sound too fictional and absurd, even to this day. See the pages from the Tintin issue and Tamil issue. 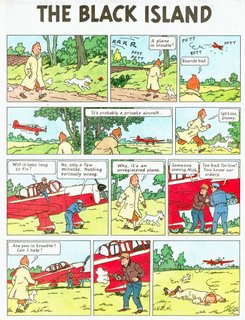 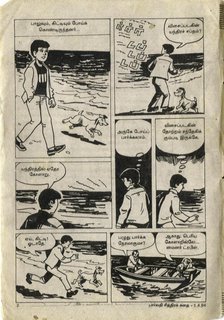 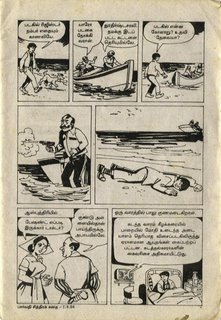 Also take a look at the next few pages from the Tamil issue and the corresponding Tintin issue. 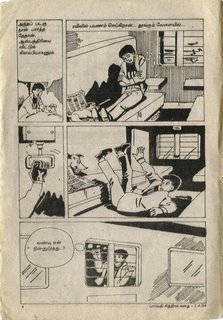 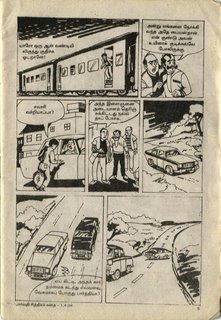 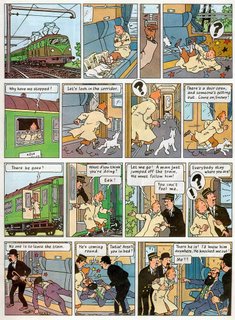 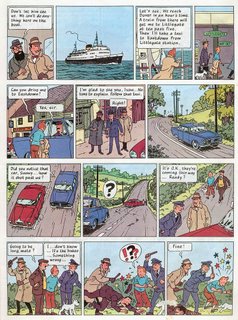 And few pages from the middle of the issue. 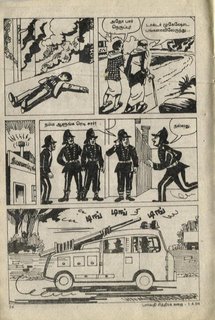 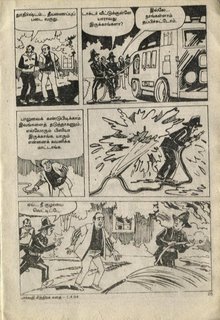 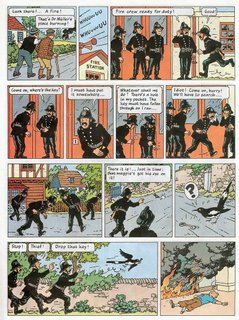 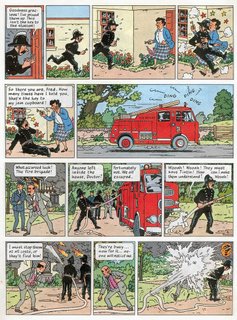 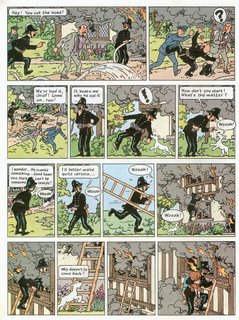 And finally the last page from the Tamil issue and the equivalent Tintin page. 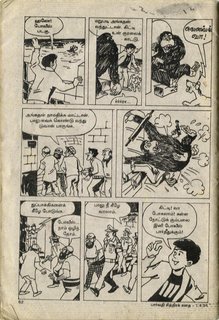 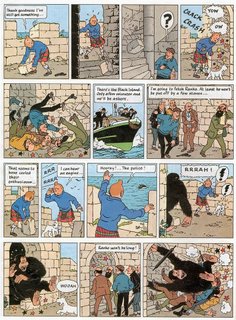 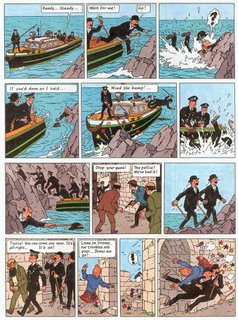 Thought the story continues for few more pages in English, the story was cut short in the Tamil version.

The idea of this post is not to ridicule the efforts of Vaandumaama, who wrote many stories for children in Tamil. I still enjoy reading his stories, text as well as comic stories. This is just to highlight that, something like this has happended in Tamil comics industry, that's all. Sort of a trivia!!!!

My sincere thanks to Mr RT Murugan, Chennai for the Parvathi issue. In fact, he is the one who informed me about the similarities between these two stories. My part in this particular blog post is very limited, scanning and posting. The original input is really from him.

Let me know what you feel about this post.